On May 21, 1901, Connecticut becomes the first state to pass a law regulating motor vehicles, limiting their speed to 12 mph in cities and 15 mph on country roads.

Speed limits had been set earlier in the United States for non-motorized vehicles: In 1652, the colony of New Amsterdam (now New York) issued a decree stating that “No wagons, carts or sleighs shall be run, rode or driven at a gallop” at the risk of incurring a fine starting at “two pounds Flemish,” or about $150 in today’s currency.

The path to Connecticut’s 1901 speed limit legislation began when Representative Robert Woodruff submitted a bill to the State General Assembly proposing a motor-vehicles speed limit of 8 mph within city limits and 12 mph outside. The law passed in May 1901 specified higher speed limits but required drivers to slow down upon approaching or passing horse-drawn vehicles, and come to a complete stop if necessary to avoid scaring the animals.

On the heels of this landmark legislation, New York City introduced the world’s first comprehensive traffic code in 1903. Adoption of speed regulations and other traffic codes was a slow and uneven process across the nation, however. As late as 1930, a dozen states had no speed limit, while 28 states did not even require a driver’s license to operate a motor vehicle. Rising fuel prices contributed to the lowering of speed limits in several states in the early 1970s, and in January 1974 President Richard Nixon signed a national speed limit of 55 mph into law. These measures led to a welcome reduction in the nation’s traffic fatality rate, which dropped from 4.28 per million miles of travel in 1972 to 3.33 in 1974 and a low of 2.73 in 1983. 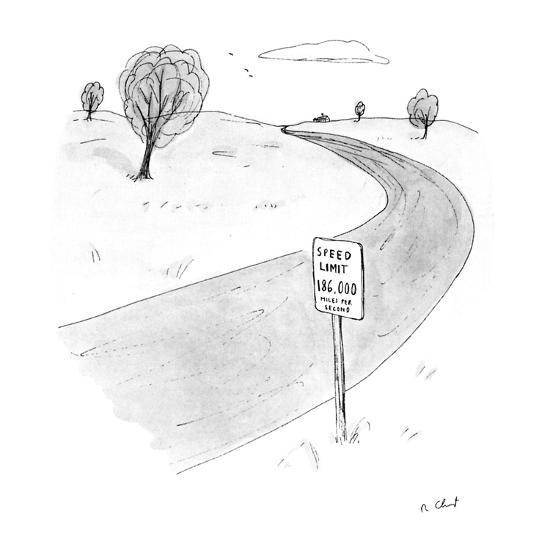 Inflation moved to center stage last week with the release of April’s Consumer Price Index (CPI) and the Producer Price Index. Both numbers came near their 40-year highs but were lower than March’s year-over-year numbers. The results heightened investor anxiety about future Fed monetary tightening and its impact on economic growth.

In recent weeks, technology stocks have borne the brunt of the downdraft as investors lightened up on risk exposures, with some of the mega-cap tech names getting swept up in the selling pressure. Cooling import price increases buoyed spirits on Friday, helping spark a rally that reduced the week’s losses.

Investors were greeted with a mixed CPI report, looking for signs that inflation may be cooling. Year-over-year costs rose 8.3%, slower than the previous month but faster than consensus estimates. Excluding food and energy, core inflation climbed 6.2%. Buried beneath the headline number was a 5.1% yearly increase in shelter costs, the most significant increase since 1991. Shelter costs account for one-third of the CPI.

Inflation has been a weight on markets all year. Investors are concerned that the persistence of higher prices may tip the economy into recession as increased spending on essential needs crimps consumers’ spending power.

Debt is a financial issue nearly all of us face at one point or another, and it can be a significant obstacle to overcome when heading toward retirement. Credit cards, car, and the mortgage are three common areas that can limit your flexibility in retirement.

Accumulating credit card debt without paying it off each month means you either aren’t keeping enough cash on hand, are spending over your means, or don’t have a usable budget. Pay off cards with the highest interest rate first (even if they don’t have the largest balance), then work your way through each card’s balance.

It’s exciting to get a new car! See if you can stretch out the time before you need to replace what you drive now, or maybe go for a more economical model. Sometimes budget buyers can find real deals with a certified gently used car, too.

If you still have a mortgage, consider paying a little extra each month, or going on a biweekly mortgage payment plan. This method allows you to pay half your mortgage amount every two weeks, resulting in one extra payment each year to hack away faster at the principal you owe.

Any of these moves can help decrease your revolving debt, which should create flexibility in your budget to start funding your retirement dream.

Not sure where to cut? Schedule time to discuss your budget and your financial goals. If you would like to discuss these topics or anything else, please feel free to contact our office.