On May 25, 1977, Memorial Day weekend opens with an intergalactic bang as the first of George Lucas’ blockbuster Star Wars movies hits American theaters.

The incredible success of Star Wars - it received seven Oscars, and earned $461 million in U.S. ticket sales and a gross of close to $800 million worldwide - began with an extensive, coordinated marketing push by Lucas and his studio, 20th Century Fox, months before the movie’s release date. “It wasn’t like a movie opening,” actress Carrie Fisher, who played rebel leader Princess Leia, later told Time magazine. “It was like an earthquake.” Beginning with - in Fisher’s words - “a new order of geeks, enthusiastic young people with sleeping bags,” the anticipation of a revolutionary movie-watching experience spread like wildfire, causing long lines in front of movie theaters across the country and around the world.

With its groundbreaking special effects, Star Wars leaped off screens and immersed audiences in “a galaxy far, far away.” By now everyone knows the story, which followed the baby-faced Luke Skywalker (Mark Hamill) as he enlisted a team of allies - including Han Solo (Harrison Ford) and the robots C3PO and R2D2 - on his mission to rescue the kidnapped Princess Leia from an Evil Empire governed by Darth Vader. The film made all three of its lead actors overnight stars.

Star Wars was soon a bona-fide pop culture phenomenon. Over the years it has spawned several more feature films, TV series and an entire industry’s worth of comic books, toys, video games and other products. Two big-screen sequels, The Empire Strikes Back (1980) and The Return of the Jedi (1983), featured much of the original cast and enjoyed the same success - both critical and commercial - as the first film. 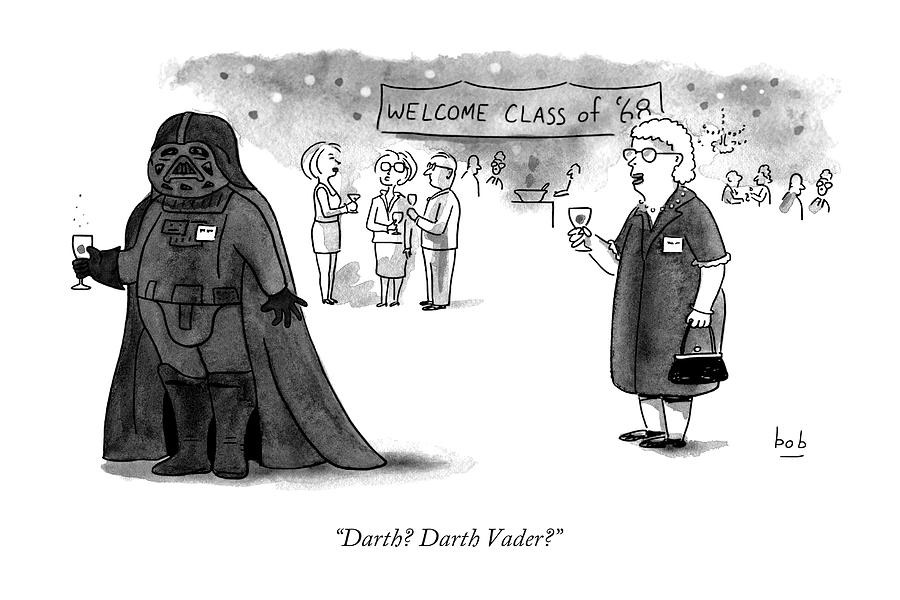 Stock prices remained in a downtrend, capped by a sell-off on Wednesday following a succession of disappointing earnings reports from several major retailers. Despite solid April retail sales and industrial production data, weak economic numbers from China and shrinking profit margins at U.S. retailers fanned recession fears throughout the week.

Rising yields, which have been an overhang to the markets in recent weeks, turned lower as investors appeared to move cash to bonds from stocks. But lower yields did not help stock prices, which closed out the week with a volatile trading session.

It was also a big week for earnings reports from some of the nation’s largest retailers. Results were disappointing as retailers struggled with supply chain issues, higher costs, and misaligned product mix. Some retailers indicated a drop in the number of transactions, suggesting that shoppers reduce purchases due to higher prices on essential items.

It’s common for adult children to ask their parents for financial aid, even if you’ve worked hard to raise your kids to be self-sufficient. While it may be your instinct to want to help your child, you need to consider how your child’s request for help could impact your own retirement plan. Here are some guidelines that can help you avoid potential pitfalls should you find yourself in this situation.

Best intentions. Debt collection is hard enough. Collecting money lent to your own child risks potentially damaging the relationship, so proceed with caution. Be transparent about where the loan money came from and set clear expectations for how you expect it to be repaid (lump sum or installments) and a deadline for repayment. Consider if there are penalties for failing to meet the loan terms (i.e., will the loan begin to accrue interest, etc.).

Depending on your relationship and the amount you’re lending, you may want to use a promissory note, which documents the amount lent and the repayment terms. Even if it seems like an uncomfortably formal step, a promissory note can help you recoup the money. Just don’t forget that all parties need to sign.

Focus on the essentials. Limit your help to paying critical bills, like health insurance or the mortgage. Consider focusing on those debts that impact their credit score to keep their score in a good place while they work towards getting back on their feet. Be clear about how much money you can provide or how long you can help them meet these payments - they need to understand that you can’t help forever.

It’s your home. If you allow your child to move back home, make sure they know what you expect before moving in. Consider a written agreement that outlines rent and expectations for help with household upkeep. One idea is for parents to let their kids stay at home for a given number of months, then begin to charge rent after that. Set a target end date or conditions that would necessitate the child to move out, such as finding a job at a specific income level.

Break the habit. If your child’s routine is to always turn to you for help, you both have to break the habit. Work with them to see if there are other options - like a traditional loan or debt reduction plan - that would provide them some relief without tapping into your savings. For you, work on setting some money boundaries. It can feel like you’re “cutting them off,” but look at it as helping them learn to stand on their own (just like when they were little).

Before any money changes hands, the first step should always be an open, honest, and realistic conversation. Often, that step alone is enough to find a mutually beneficial solution and avoid any unpleasantness.

More than anything, remember that it’s your money and your decision. We’re here to help however we can. Please contact our office if you’re considering using your retirement account to loan your child a significant amount of money, or if you would like to discuss any other topics.