Stocks posted solid gains for the week, buoyed by the release of Fed meeting minutes and upbeat earnings from mid-size and discount retailers.

May 31, 1819 is the birthday of poet Walt Whitman, born in West Hills, Long Island, and raised in Brooklyn.

Although Whitman loved music and books, he left school at the age of 14 to become a journeyman printer. Later, he worked as a teacher, journalist, editor, carpenter, and held various other jobs to support his writing. In 1855, he self-published a slim volume of poems called Leaves of Grass, which carried his picture but not his name. With this book, Whitman hoped to become a truly American poet, as envisioned in Ralph Waldo Emerson’s essay “The Poet” (1843).

Whitman spent much time in Manhattan, Brooklyn, and Long Island, attending cultural events, taking long walks, and sometimes riding on coaches and ferries as an excuse to talk with people. In 1856, the second edition of Leaves of Grass included his “Sundown Poem,” later called “Crossing Brooklyn Ferry.”

In 1862, Whitman’s brother was wounded at Fredericksburg, and Whitman went to care for him. He spent the rest of the war comforting both Union and Confederate soldiers. His poem “Oh Captain, My Captain,” mourned Lincoln’s assassination. Whitman worked for several government departments after the war. He spent the rest of his life in Camden, New Jersey, and continued to issue revised editions of Leaves of Grass until shortly before his death in 1892. 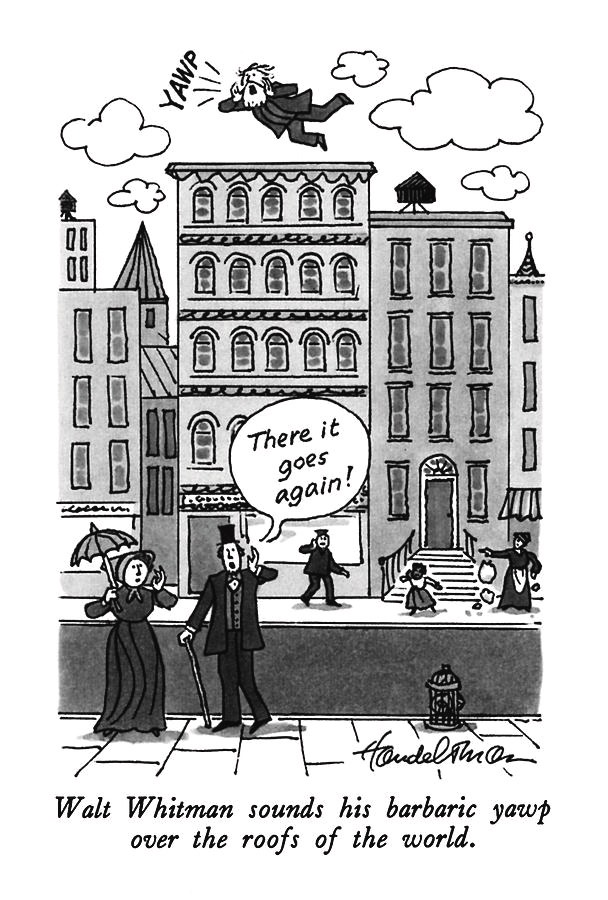 The stock market staged a broad rally last week, ignited by the release of minutes from the May’s Federal Open Market Committee (FOMC) meeting. The meeting notes eased concerns that the Fed might pursue a more aggressive monetary tightening stance than the Street had anticipated.

Investor sentiment rose owing to solid earnings and encouraging guidance from several mid-size and discount retailers, which eased concerns about the health of the American consumer. A smaller rise in the personal consumption expenditures price index, the Fed’s preferred measure of inflation, triggered a strong rally on Friday. The powerful move ended seven straight weeks of stock losses.

The minutes from May’s FOMC meeting were released last week. They confirmed the likelihood of at least two successive 50 basis point interest rate hikes. The minutes also indicated they might need to raise rates to a level that acts to restrict economic growth, something that Fed Chair Jerome Powell acknowledged might be a painful process.

Not all Fed members are fully committed to the more aggressive rate hikes. Last week, Atlanta Fed president Raphael Bostic wrote that a pause in rate increases in September might be appropriate. He joined other members in suggesting that economic conditions may warrant reconsideration of additional rate hikes beyond those already signaled by Powell.

Isn’t it the worst when you wake up after you’ve hit the snooze button? Just a few more minutes! If your child is approaching college and you're behind on education savings, it can feel like hitting the snooze button too many times. But it’s okay - there’s still some time to potentially address college costs.

Here are a few basic tips to save some money when you’re up against the college deadline.

Apply for financial aid as early as possible. The standard Free Application for Federal Student Aid (FAFSA) form is the first and most important step to complete. Financial aid packages are awarded on a “first come, first served” basis, so be sure to complete the FAFSA ASAP. Being prompt may increase your chances at better awards and loans, and that can mean less out of your pocket.

Properly account for income. It’s a common misconception that students of high-earning parents are automatically ineligible for financial aid. In reality, the student’s income and assets factor more heavily than parental income in the Expected Family Contribution (EFC). This figure is subtracted from the student’s estimated costs to determine the amount of federal aid awarded.

Consider employing your child. If you own a small business or rental property, you can offer a specialized Employer Education Assistance program. This program allows you to give up to $5,250 a year tax-free to employees who are attending college - including your own child.

No matter what stage of life you’re in, it’s never too late to save for college. With some simple strategy and some help from your financial services professional, you can find ways to reduce college costs and increase the ways to pay for it. Schedule some time today to talk about your options or any other topics that interest you.