In a holiday-shortened week of volatile trading, stocks surrendered some of the previous week’s strong gains.

Like many developments in automotive culture - including drive-through restaurants and drive-in movies - drive-through banking has its origins in the United States. Some sources say that Hillcrest State Bank opened the first drive-through bank in Dallas, Texas, in 1938; others claim the honor belongs to the Exchange National Bank of Chicago in 1946. Regardless of when exactly it began, the trend didn’t reach its height until the car-crazy era of the late 1950s and early 1960s. Around that time, California-based Wells Fargo Bank introduced the “TV Auto Banker Service,” where an image of the teller was broadcast to the customer in their car on a special closed-circuit television. Deposits, withdrawals and other transactions were completed using an underground pneumatic tube that whisked money and paperwork between the car and the teller station.

The SKA branch that opened in Zurich in June 1962 featured eight glass pavilions, seven outfitted for lef-hand drive cars and one for vehicles with right-hand drive (such as those used in the United Kingdom and Ireland). Upon the opening of the large and modern facility, Zurich daily newspaper Neue Zurcher Zeitung advised motorists on how to enter the drive-through portion: “At the entrance to the bank, approaching cars trigger a sensor on the ground, activating a light trail that directs the driver to the next available counter.”

The Paradeplatz drive-through was well received by the press, and in its first year of operation, the bank handled around 20,000 customers. By the 1970s, however, the automobile’s popularity had led to a major traffic problem in downtown Zurich, and fewer and fewer drivers opted to stop to do their banking from their cars. After years without a profit, SKA closed the drive-through in 1983. 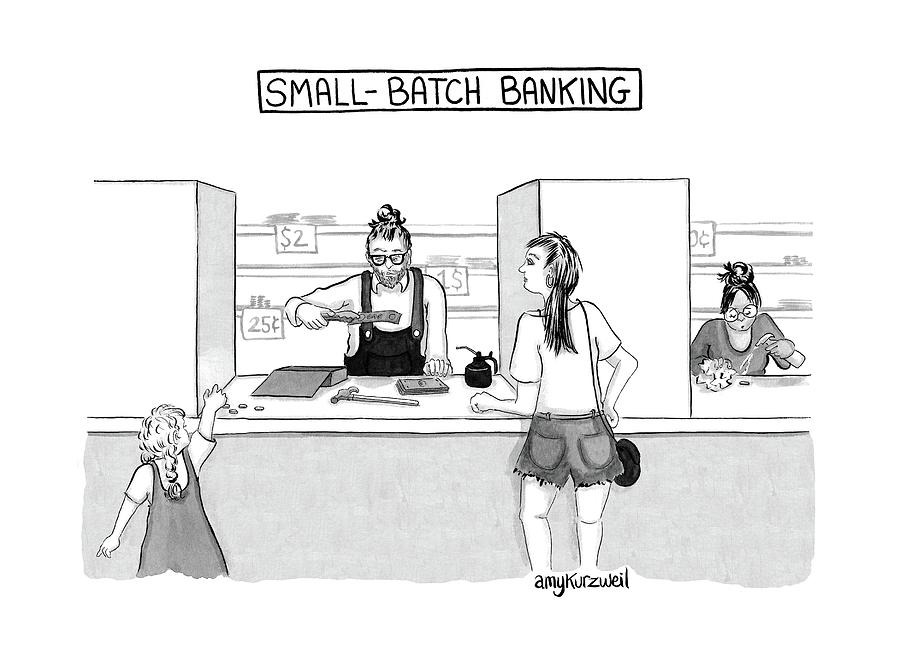 Stocks experienced wild swings last week, in part, due to ongoing uncertainty over economic health and the path of inflation. Investors seemed conflicted when interpreting the data, in some instances viewing economic strength as a negative since it may mean more aggressive rate hikes from the Fed.

Illustrative of how this uncertainty has played out, stocks surged higher on Thursday despite comments from Fed Vice Chair Lael Brainard indicating it’s unlikely that the Fed will pause on rate hikes. Then on Friday, stocks dropped as a better-than-expected jobs report raised concerns about monetary policy.

The U.S. economy added 390,000 jobs in May, a slowdown from recent months but higher than consensus estimates. Job gains registered in several categories, led by leisure and hospitality, professional and business services, and warehousing and transportation. The retail sector lost jobs.

The unemployment rate remained unchanged at 3.6%. Wage growth cooled off, with a 12-month increase of 5.2%, down from April’s year-over-year jump of 5.5%. Finally, the labor participation rate ticked higher again, reflecting how job availability is helping to pull Americans off the labor-market sidelines.

For some households, student loan debt is their biggest monthly expense (after their mortgage). Chances are, these are people who borrowed $100,000 or more to earn an advanced degree, usually in law or medicine. If you or someone you know has over $100,000 of student loan debt, there are some ways to retire it. Here are just three options:

Refinance the student loans. This option may be suitable if you have a high interest rate (7% or greater), have high monthly payments or wish to combine multiple loans. Refinancing consolidates those loans into one new loan with a single payment. You’ll have to consider the size of your monthly payment amount versus the length of your loan; taking longer to repay the loan means a lower monthly payment, but that also means paying more in interest over the life of the loan.

Check eligibility for an income-driven repayment (‘IDR’) plan. This strategy is best if most of your loans are federal and your loan balance is high relative to your income. The plan restructures your debt based on your income, family size, your state, and the type of federal loan you have. The IDR reduces your monthly payment amount based on these factors.

There are four IDR plans to choose from. In general, they each call for a monthly payment between 10% and 20% of your discretionary income.

If eligible, seek student loan forgiveness. Suppose you work full-time in the government or in any public service job. In that case, you may be eligible for Public Service Loan Forgiveness (‘PSLF’). If you’ve made 120 consecutive monthly payments (10 years), you may be eligible to have the remaining balance of your loan forgiven. Importantly, your loans must be federal; private loans aren’t eligible for the PSLF program.

Think you’re ready to make a move regarding your student loans but want a second opinion? Please contact our office today to schedule some time. We’re always here to help!