On June 20, 1975, Jaws, a film directed by Steven Spielberg that made countless viewers afraid to go into the water, opens in theaters. The story of a great white shark that terrorizes a New England resort town became an instant blockbuster and the highest-grossing film in movie history until it was bested by 1977’s Star Wars. Jaws was nominated for an Academy Award in the Best Picture category and took home three Oscars, for Best Film Editing, Best Original Score and Best Sound. The film, a breakthrough for director Spielberg, then 27 years old, spawned several sequels.

The film starred Roy Scheider as principled police chief Martin Brody, Richard Dreyfuss as a marine biologist named Matt Hooper and Robert Shaw as a grizzled fisherman called Quint. It was set in the fictional beach town of Amity, and based on a best-selling novel, released in 1973, by Peter Benchley. Subsequent water-themed Benchley bestsellers also made it to the big screen, including The Deep (1977).

With a budget of $12 million, Jaws was produced by the team of Richard Zanuck and David Brown, whose later credits include The Verdict (1982), Cocoon (1985) and Driving Miss Daisy (1989). Filming, which took place on Martha’s Vineyard, Massachusetts, was plagued by delays and technical difficulties, including malfunctioning mechanical sharks.

Jaws put now-famed director Steven Spielberg on the Hollywood map. Spielberg, largely self-taught in filmmaking, made his major feature-length directorial debut with The Sugarland Express in 1974. The film was critically well-received but a box-office flop. Following the success of Jaws, Spielberg went on to become one of the most influential, iconic people in the film world, with such epics as Close Encounters of the Third Kind (1977), Raiders of the Lost Ark (1981), ET: the Extra-Terrestrial (1982), Jurassic Park (1993), Schindler’s List (1993) and Saving Private Ryan (1998). E.T., Jaws and Jurassic Park rank among the highest-grossing movies of all time. 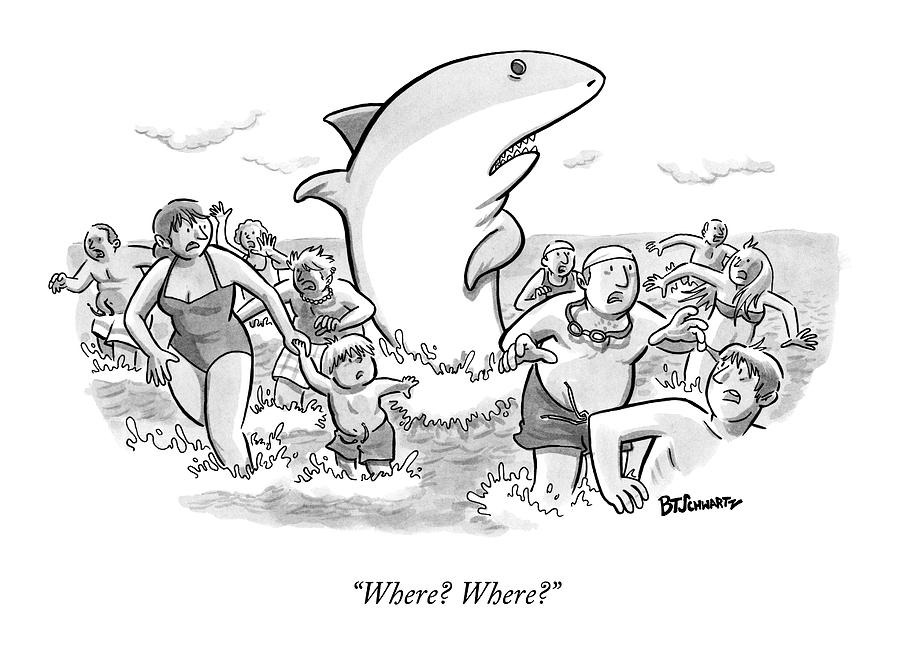 Stocks were under pressure all week due to inflation worries, higher yields, and rising recession concerns. In advance of the much-awaited mid-week meeting of the Federal Open Market Committee (FOMC), bond yields jumped, and stocks retreated on speculation that the Fed might raise rates by 75 basis points. When the Fed announced a 75 basis point hike on Wednesday, stocks rebounded strongly.

The enthusiasm was short-lived. Stocks resumed their slide on Thursday as global central banks followed with their own rate hikes. Recession fears grew based on a weak housing starts report and a contraction in the Philadelphia Fed Business Index–the first contraction since May 2020.

The Federal Reserve announced a 0.75% hike in the federal funds rate, making it the biggest rate increase since 1994 and signaling its commitment to address inflation. The report from last week’s FOMC meeting also indicated new rate projections, showing that all members expect rates to rise to at least 3.0% by year-end, with half the members expecting rates to rise to 3.375%.5

The 75 basis point rate increase was a late-developing change from earlier Fed guidance of a 50 basis point increase. The change of heart was in response to recent inflation data and rising inflationary expectations.

Life insurance is surrounded by misconceptions: when to buy it, when you need it, or if you need it at all. And let’s be honest, it’s an awkward subject in any setting, professional or otherwise. Evaluating a policy can feel complicated and confusing – it is a legal contract, after all.

Here are three common scenarios where life insurance may be appropriate:

Adults who own property together. A life insurance policy should be at the top of your to-do list if you own a home with someone else and that home has a mortgage. In the unfortunate event one of you should pass away, the death benefit can help the other person pay off the mortgage, pay for upkeep, even prepare it for sale. Insurance can also be helpful if you co-own a business as well.

Parents with minor children. Whether you’re expecting your first child or you’re getting ready for an empty nest, it takes a lot of money to raise kids. A life insurance policy can help make sure your children are covered financially if you die. Depending on the policy, the payout could help cover things like college tuition, medical expenses, and day-to-day living costs. However, a minor child cannot be the direct beneficiary of the policy’s proceeds, so be sure you have a legal guardian or custodian in place.

People looking to lock in low rates. When it comes to life insurance, it’s best to lock in pricing when you’re young and healthy. Most life insurance plans require some form of a physical or check-up. In general, the healthier you are during that process, the less you’ll pay per month in premiums on your policy.

Please schedule some time with our office to review your existing coverage, particularly if you’re unsure which type of policy could be right for you. We’re here to help regarding this or any other topic.