The unmanned spacecraft Mariner 4 passes over Mars at an altitude of 6,000 feet and sends back to Earth the first close-up images of the red planet.

Launched in November 1964, Mariner 4 carried a television camera and six other science instruments to study Mars and interplanetary space within the solar system. Reaching Mars on July 14, 1965, the spacecraft began sending back television images of the planet just after midnight on July 15. The pictures - nearly 22 in all - revealed a vast, barren wasteland of craters and rust-colored sand, dismissing 19th-century suspicions that an advanced civilization might exist on the planet. The canals that American astronomer Percival Lowell spied with his telescope in 1890 proved to be an optical illusion, but ancient natural waterways of some kind did seem to be evident in some regions of the planet.

Once past Mars, Mariner 4 journeyed on to the far side of the sun before returning to the vicinity of Earth in 1967. Nearly out of power by then, communication with the spacecraft was terminated in December 1967. 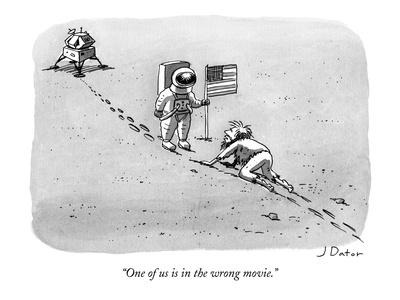 In advance of Friday’s much-anticipated employment report, stocks enjoyed successive daily gains despite ongoing concerns about a recession. Recession fears were supported by an inversion in the yield curve and updated second-quarter Gross Domestic Product projections indicating the economy is ready to contract.

Technology shares were the week’s big winners as investors appear to have turned to companies with earnings growth potential during a weakening economic environment. Stocks bounced along the flatline following the strong jobs report on Friday to close out a positive week.

One of the holes in the "imminent-recession" narrative has been the labor market's strength. Historically, recessions have been preceded by or concurrently with a weakening jobs market.

Friday's employment report reflected a job market that continues to belie Wall Street's recession fears. Employers added 372,000 jobs in June, a number that was above economists' estimates of 250,000. Wage gains were robust (+5.1% year-over-year), though still below the inflation rate. The unemployment rate was unchanged at 3.6%.

Saving for college in a 529 plan is easy - in theory, at least. To start, you have only to choose a plan and begin putting money away. But despite the apparent simplicity, it is possible to mess up a college savings plan, even after you’ve succeeded with the much more difficult task of setting aside money to save in the first place.

Forty-nine states and the District of Columbia offer 529 plans, which allow consumers to invest after-tax money and then spend the earnings tax-free on educational expenses. As long as you spend money from a 529 plan on those qualified educational expenses, you’ll get the tax savings that are the main point of this investment vehicle.

Yet experts say errors that prevent you from enjoying a 529 plan’s full suite of benefits are surprisingly common and easy to make. Here’s what to watch out for:

#1: Leaving a state tax deduction on the table
Twenty-nine states give you either a deduction or a tax credit for at least some of your 529 plan contributions, as long as you’ve invested in your own state’s plan. Another seven states are happy to give you a tax benefit for investing in any 529 plan, no matter where it is located.

Just one caveat: Once you get a state tax deduction or credit for a 529 plan contribution, the state may expect you to repay that money if you ever transfer those funds to another state’s plan.

#2: Not choosing carefully between low fees and a state tax deduction
You don’t want to unintentionally leave a state tax break on the table. But there are times when it makes sense to choose to forgo the tax deduction in favor of saving in another 529 plan that carries lower fees. With a young child, fees matter more, because fees affect your investment’s long-term compounding.

#3: Stopping 529 contributions when your child enters college
Most states give you a tax break when you put money into a 529 plan, no matter how long the money stays there. You could contribute the money in August, then take it out to pay tuition bills in September.

The situation is more complicated in four other states - Montana, Wisconsin, Minnesota and Michigan - though it is still possible to get a tax break for contributing money while your child is in college.

#4: Missing the American Opportunity Tax Credit
If you have enough 529 plan money to pay for all four years of college, smile with relief and don’t worry about tax credits.

But if you will need to draw from multiple sources of money, spread the 529 plan out over four years, so that you can grab the American Opportunity Tax Credit for every year it’s available to you. (You’ll need to earn less than $90,000 for single people or $180,000 for a couple.) Worth up to $2,500 a year, the American Opportunity Tax Credit is the best of the federal educational tax breaks, benefitting most people even more than the tax savings a 529 plan generates.

But the IRS won’t let you double-dip by using untaxed money to generate a tax credit. If you want the full credit, that $4,000 will have to come from a bank account, loan or taxable brokerage account. It can’t come from a 529 plan, a grant or a scholarship.

For example, imagine that you’re spending $25,000 a year on qualified college expenses. Of that total, you can pay $21,000 from your child’s 529 plan or by finding a grant or scholarship to cover the bill. The remaining $4,000 has to come from after-tax money.

Have questions regarding a 529 plan? Feel free to contact us anytime regarding this or any other topic.