A record-high inflation report, the prospects of a more aggressive Fed, and growing recession fears sent stocks lower - though losses were pared by a Friday rally.

Although there is some debate about the exact date, on what was likely July 19, 1799, during Napoleon Bonaparte’s Egyptian campaign, a French soldier discovers a black basalt slab inscribed with ancient writing near the town of Rosetta, about 35 miles east of Alexandria. The irregularly shaped stone contained fragments of passages written in three different scripts: Greek, Egyptian hieroglyphics and Egyptian demotic. The ancient Greek on the Rosetta Stone told archaeologists that it was inscribed by priests honoring the king of Egypt, Ptolemy V, in the second century B.C. More startlingly, the Greek passage announced that the three scripts were all of identical meaning. The artifact thus held the key to solving the riddle of hieroglyphics, a written language that had been “dead” for nearly 2,000 years.

When Napoleon, an emperor known for his enlightened view of education, art and culture, invaded Egypt in 1798, he took along a group of scholars and told them to seize all important cultural artifacts for France. Pierre Bouchard, one of Napoleon’s soldiers, was aware of this order when he found the basalt stone, which was almost four feet long and two-and-a-half feet wide, at a fort near Rosetta. When the British defeated Napoleon in 1801, they took possession of the Rosetta Stone.

Several scholars, including Englishman Thomas Young made progress with the initial hieroglyphics analysis of the Rosetta Stone. French Egyptologist Jean-Francois Champollion (1790-1832), who had taught himself ancient languages, ultimately cracked the code and deciphered the hieroglyphics using his knowledge of Greek as a guide. Hieroglyphics used pictures to represent objects, sounds and groups of sounds. Once the Rosetta Stone inscriptions were translated, the language and culture of ancient Egypt was suddenly open to scientists as never before.

Today, the Rosetta Stone is housed in the British Museum in London, despite repeated calls for it to be returned to Egypt. 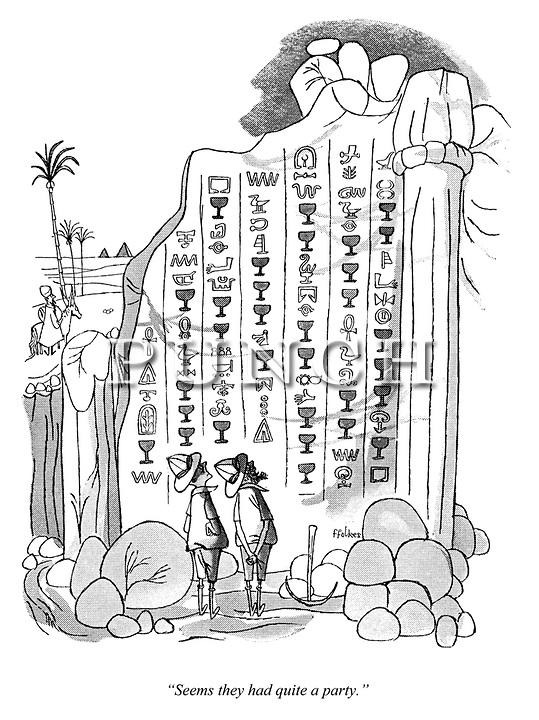 A rising U.S dollar hurts overseas profits when converted into dollars and it also makes U.S. products and services more expensive. It’s a challenge for large, multinational companies that derive a portion of their earnings from overseas markets. Greater insight into the extent of that impact may be gained as companies provide forward guidance with their upcoming reports.

If you’re having trouble navigating your way through the modern financial aid system, you’re not alone. Finding, applying, and receiving different types of financial aid can be one of the biggest headaches associated with college-bound children or grandchildren. But it doesn’t have to be that way.

Always apply for financial aid. Administered by the U.S. Department of Education, FAFSA stands for Free Application for Student Financial Aid. Anyone can apply, and depending on how soon you apply and the money available, families with many different income levels can receive some type of aid. Each school to which your child applies will put together a financial aid award package based on the results of your FAFSA form. When you apply, you are given a personal identification number (“PIN”), which functions just like a PIN that a bank gives you. You use this PIN to log on to your forms and sign them when you are finished.

Determine your EFC. FAFSA forms have a mathematical formula that determines your EFC. EFC stands for Estimated Family Contribution. It is the amount of money a family is expected to contribute toward a child’s education. This number does not represent how much the family can afford, but rather what the calculator indicates you should afford. It’s an important distinction!

Check the SAR. The SAR is your Student Aid Report, and it’s a summary of all the answers and information you’ve entered into the FAFSA form. You should print a copy of your SAR to keep for your own records. That way, when you fill out the individual school financial aid forms, your information will be consistent.

Once the schools receive your information, they will put together a financial aid package and present it to you. Your package can contain a wide variety of options for you to choose from, including grants, loans, and scholarships. If your EFC is low, you may be offered a PELL Grant. PELL grants help pay for college and do not need to be paid back!

The next time someone asks if you used your PIN to check the SAR on your FAFSA to see if you are eligible for a PELL, you can reply with a resounding and confident “Yes!”

There are many different types of loans available to parents and students. Not every loan may be right for your situation. Want a clearer picture before you dive in? Feel free to contact us to discuss this or any other topic.