Stocks turned in a mixed performance last week as investors struggled with headlines suggesting that the Fed was unlikely to soon ease up on its current monetary tightening policy.

The Dow Jones Industrial Average slipped 0.13%, while the S&P 500 rose 0.36%. The Nasdaq Composite index picked up 2.15% for the week. The MSCI EAFE index, which tracks developed overseas stock markets, gained 0.23%.

Henry David Thoreau’s classic Walden, or, A Life in the Woods is required reading in many classrooms today. But when it was first published—on August 9, 1854—it sold just around 300 copies a year. The American transcendentalist writer’s work is a first-person account of his experimental time of simple living at Walden Pond in Concord, Massachusetts, starting in 1845, for two years and two months. The book explores Thoreau’s views on nature, politics, and philosophy.

Thoreau was a 27-year-old Harvard graduate when he moved to Walden. He built the simple 10-by-15-foot cabin along the shore of the 62-acre pond, a mile from the nearest neighbor, on land owned by his friend, poet Ralph Waldo Emerson. “I went to the woods because I wished to live deliberately, to front only the essential facts of life, and see if I could not learn what it had to teach, and not, when I came to die, discover that I had not lived,” he wrote.

The initial print run was 2,000 copies, with each book priced at $1, and took five years to sell out. Later shortened to Walden, per Thoreau’s request, it was one of just two full-length books published by the author (though he published shorter works including the notable essay “Civil Disobedience”). His first book, A Week on the Concord and Merrimack Rivers, released in 1849, was also written during his time at Walden, as a memorial to his late brother John. 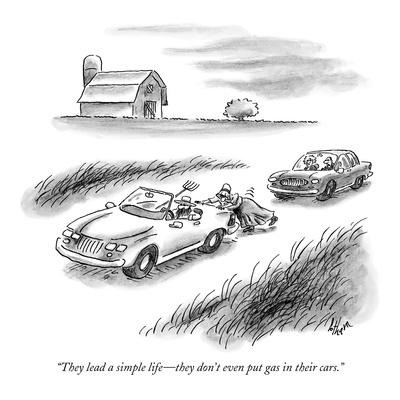 Ahead of Friday’s employment report, stocks were generally higher, highlighted by a Wednesday rally triggered by fresh earnings surprises and a better-than-expected economic report. The rally was especially notable because it occurred when multiple Fed officials said that the fight against inflation hadn’t ended, perhaps throwing cold water on the idea that the Fed might pivot due to weakening economic activity and the prospect of cooling inflation.

Aside from this single day of enthusiasm, markets were a bit jittery, especially as investors monitored Speaker of the House Pelosi’s visit to Taiwan. A robust employment report on Friday reinforced the idea that the Fed would likely stay the course on monetary tightening, resulting in a mixed market for the week.

The U.S economy added 528,000 jobs in July, doubling the consensus expectation of 258,000. The unemployment rate ticked lower, falling from 3.6% to 3.5%. Coincident with this job creation was strong wage growth, as average hourly earnings rose 0.5% in July and 5.2% from a year ago.

Leisure and hospitality, professional and business services, and healthcare lead the way in reported job gains, as seen in most sectors of the economy. Even sectors such as construction, particularly vulnerable to rising interest rates, saw job gains. The labor force participation rate moved slightly lower, slipping to 62.1%--its lowest level this year.

FINANCIAL STRATEGY OF THE WEEK
Educational attainment is a bedrock of the American Dream. We all want our kids to do better than us, and we’ll do anything to help them achieve that. There are dreams, and then there’s reality: college costs have exploded over the last twenty years. Most parents and some grandparents find themselves fighting a battle on two fronts: saving for retirement and college at the same time.

You might be eyeing your individual retirement account (IRA) for help. Is it worth tapping your IRA to help pay for college?

But the disadvantages are obvious. You’re taking away from future retirement savings, and you’re reducing the amount of earning power you previously held. You’re also faced with the fact that IRA annual contribution limits ($6,000 for 2021) can make it hard to restore your previous savings level.

There are ways to replace what you take out. Currently, for people over 50, the law allows you to make extra contributions of up to $1,000 a year. While this isn’t much, it can at least help restore some of your withdrawal.

Withdrawing from an IRA to pay for college has many unseen consequences that can harm your retirement plan and make your golden years a bit leaner. One of your best bets is to plan carefully for college as soon as possible for your children or grandchildren, so you’re not forced to decide between retirement or college.

No matter what you do, it’s usually wise to seek input from a financial professional. Give us a call and let’s discuss your unique situation. We’re passionate about helping people plan for the future.