In a holiday-shortened week of trading, stocks posted healthy gains despite more tough talk on monetary policy from Fed officials. The Dow Jones Industrial Average rose 2.66%, while the S&P 500 gained 3.65%. The Nasdaq Composite index picked up 4.14% for the week. The MSCI EAFE index, which tracks developed overseas stock markets, lost 1.26%

FACT OF THE WEEK
Near Montignac, France, a collection of prehistoric cave paintings are discovered by four teenagers who stumbled upon the ancient artwork after following their dog down a narrow entrance into a cavern. The 15,000 to 17,000-year-old paintings, consisting mostly of animal representations, are among the finest examples of art from the Upper Paleolithic period.

First studied by the French archaeologist Henri-Édouard-Prosper Breuil, the Lascaux grotto consists of a main cavern 66 feet wide and 16 feet high. The walls of the cavern are decorated with some 600 painted and drawn animals and symbols and nearly 1,500 engravings. The pictures depict in excellent detail numerous types of animals, including horses, red deer, stags, bovines, felines, and what appear to be mythical creatures. There is only one human figure depicted in the cave: a bird-headed man with an erect phallus. Archaeologists believe that the cave was used over a long period as a center for hunting and religious rites.

The Lascaux grotto was opened to the public in 1948 but was closed in 1963 because artificial lights had faded the vivid colors of the paintings and caused algae to grow over some of them. A replica of the Lascaux cave was opened nearby in 1983 and receives tens of thousands of visitors annually. 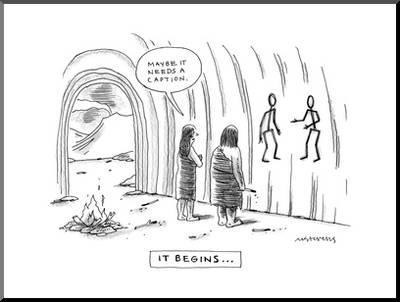 Stocks Rise
Stocks fell coming off the Labor Day weekend, dragged down by news that Russia was cutting off natural gas supplies to its European customers. Stocks also were under pressure due to a surprisingly strong report on business conditions, which heightened fears of continued Fed hawkishness.

Sentiment quickly improved as bond yields turned lower and oil prices fell. Investors reacted positively to comments by Fed Vice Chair Lael Brainard, who reiterated the Fed’s commitment to quashing inflation while acknowledging the risks of going too far. Stocks added to their gains on Thursday as the market digested another speech from Fed Chair Powell and a 0.75% hike by the European Central Bank. The markets surged on Friday amid little news, ending a positive week on an upbeat note.

No Inflation Walk Back
In his first public comments since his speech at Jackson Hole that sent markets into a tailspin, Fed Chair Powell did not seek to soften the edges of the Fed’s commitment to fighting inflation. In an interview on Thursday, Powell reaffirmed the need for sustained and robust actions to bring down inflation. He emphasized that it was critical that “the longer inflation remains well above target, the greater the risk the public does begin to see higher inflation as the norm, and that has the capacity to really raise the costs of getting inflation down.”

With the Federal Open Market Committee (FOMC) set to meet on September 20-21, these comments may indicate that market expectations of a rate hike of 0.75% this month align with the Fed’s plans.

Like many Americans, you may be feeling pain from the high cost of living every time you buy groceries or fill up at the pump. Surging food costs and higher gas prices are pinching consumers, especially those living on a fixed income. But, with inflation nearing a four-decade high, we have good news from the Social Security Administration (SSA) about their upcoming cost of living adjustment (COLA). Experts anticipate that it might be the biggest increase since 1981.

The Senior Citizens League estimates that the COLA increase for 2023 could be 9.6%, based on consumer price index data from July. This adjustment would result in a $159 monthly benefits increase for the average retiree. However, the actual percentage amount could be higher or lower than 9.6%, depending on whether inflation increases or decreases in the coming months.

The COLA increase for 2023 is expected to be announced by the SSA on October 13, after the release of September’s consumer price index data. Additionally, there’s a possibility that Medicare Part B premiums may not go up much next year (an announcement should be coming around mid-November).

It’s important to remember that while Social Security plays a significant role in financial planning, it was never intended to be the sole source of retirement income. Instead, it should supplement other primary retirement savings sources like a 401(k). So while the COLA increase comes as welcome news to retirees (helping to offset higher prices for just about everything), it’s essential to have a comprehensive financial plan in place. Without a plan, it can be challenging to account for all the variables impacting your nest egg.

It’s natural to become concerned about having enough money in retirement, especially when it doesn’t seem to go as far as it used to. Rest assured, we consider factors like inflation when building strategies designed to keep your financial plan on track. If you feel uncertain, give us a call any time. We’re happy to discuss your specific situation.