A positive start to a new earnings season and late-week hopes for a near-term easing in Fed rate hikes lifted investors’ spirits and powered stocks to gains for the week.
The Dow Jones Industrial Average jumped 4.89%, while the S&P 500 advanced 4.74%. The Nasdaq Composite index added 5.22% for the week. The MSCI EAFE index, which tracks developed overseas stock markets, gained 1.66%.

On October 24, 1901, a 63-year-old schoolteacher named Annie Edson Taylor becomes the first person to successfully take the plunge over Niagara Falls in a barrel.

After her husband died in the Civil War, the New York-born Taylor moved all over the U. S. before settling in Bay City, Michigan, around 1898. In July 1901, while reading an article about the Pan-American Exposition in Buffalo, she learned of the growing popularity of two enormous waterfalls located on the border of upstate New York and Canada. Strapped for cash and seeking fame, Taylor came up with the perfect attention-getting stunt: She would go over Niagara Falls in a barrel.

Taylor was not the first person to attempt the plunge over the famous falls. In October 1829, Sam Patch, known as the Yankee Leaper, survived jumping down the 175-foot Horseshoe Falls of the Niagara River, on the Canadian side of the border, without anything on him. More than 70 years later, Taylor chose to take the ride on her birthday, October 24. (She claimed she was in her 40s, but genealogical records later showed she was 63.) With the help of two assistants, Taylor strapped herself into a leather harness inside a custom wooden pickle barrel five feet high and three feet in diameter. With cushions lining the barrel to break her fall, Taylor was towed by a small boat into the middle of the fast-flowing Niagara River and cut loose.

Knocked violently from side to side by the rapids and then propelled over the edge of Horseshoe Falls, Taylor reached the shore alive, if a bit battered, around 20 minutes after her journey began. After a brief flurry of photo ops and speaking engagements, Taylor’s fame cooled, and she was unable to make the fortune for which she had hoped. She did, however, inspire copycat daredevils. Between 1901 and 1995, 15 people went over the falls; 10 of them survived. Among those who died were Jesse Sharp, who took the plunge in a kayak in 1990, and Robert Overcracker, who used a jet ski in 1995. No matter the method, going over Niagara Falls is illegal, and survivors face charges and stiff fines on either side of the border. 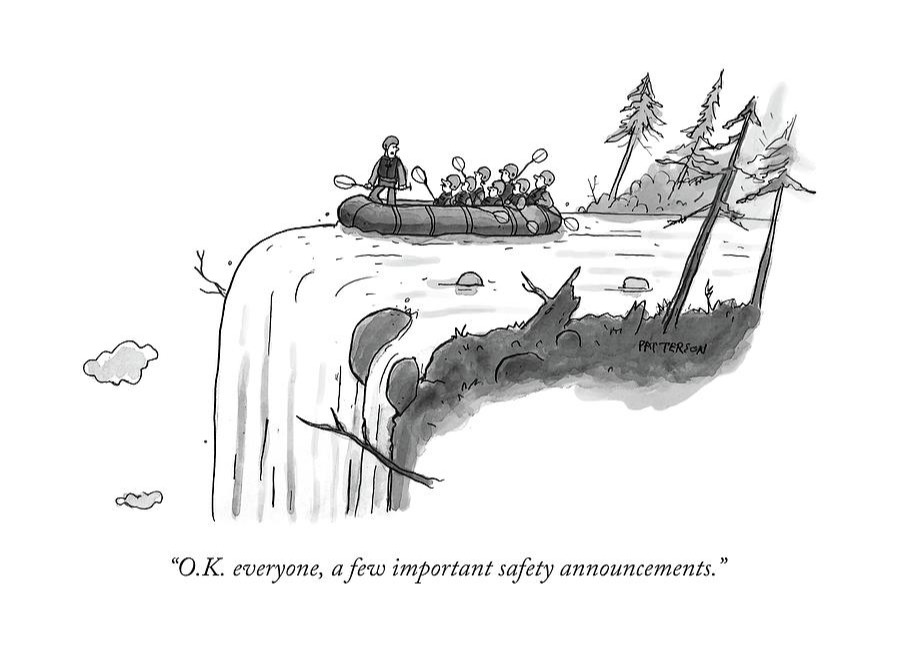 Earnings, Fed Spark Rally
The stock market narrative shifted last week from Fed interest rate hikes (a persistent drag on investor sentiment) to corporate earnings, which boosted investor enthusiasm with better-than-expected results. Stocks surged in the first two days of trading on the strength of positive earnings surprises, aided by a modest pullback in bond yields and news that the U.K. was scrapping its tax cut plans. Mid-week, stocks surrendered some gains on a stronger U.S. dollar and rising bond yields. But on Friday, comments by a Fed official that hinted at a possible relaxation in Fed rate hikes sent stocks soaring to close out a good week.

Better Than Expected
Investors were approaching the new earnings season with a fair amount of trepidation amid an environment of higher interest rates and a slowing economy. The concern has been that poor earnings may drag stock prices lower from current levels. Early earnings results have provided investors with mostly positive surprises. With 88 companies comprising the S&P 500 index reporting, 75% reported profits above analysts’ expectations, well above the 66% long-term average.

While everyone’s situation is unique, factors that may impact your Benefit decisions include (but aren’t limited to) whether you are married, divorced, or widowed; your current health; your family history of longevity; and other sources of retirement income.

Keep in mind that your Social Security Benefits are just one piece of a thoughtfully-structured retirement plan and a path to "Life-long income".

If you’d like to discuss your financial future in more detail, just give us a call – we are here to help.