Harry Houdini, the most celebrated magician and escape artist of the 20th century, dies of peritonitis in a Detroit hospital. Twelve days before, Houdini had been talking to a group of students after a lecture in Montreal when he commented on the strength of his stomach muscles and their ability to withstand hard blows. Suddenly, one of the students punched Houdini twice in the stomach. The magician hadn’t had time to prepare, and the blows ruptured his appendix. He fell ill on the train to Detroit. After performing one last time, was hospitalized. Doctors operated on him, but to no avail. The burst appendix poisoned his system, and on October 31 he died.

Houdini was born Erik Weisz in Budapest in 1874, the son of a rabbi. At a young age, he immigrated with his family to Appleton, Wisconsin, and soon demonstrated a natural acrobatic ability and an extraordinary skill at picking locks. When he was nine, he joined a traveling circus and toured the country as a contortionist and trapeze performer. He soon was specializing in escape acts and gained fame for his reported ability to escape from any manacle. He went on his first international tour in 1900 and performed all over Europe to great acclaim. In executing his escapes, he relied on strength, dexterity, and concentration—not trickery—and was a great showman.

In 1908, Houdini began performing more dangerous and dramatic escapes. In a favorite act, he was bound and then locked in an ironbound chest that was dropped into a water tank or thrown off a boat. In another, he was heavily bound and then suspended upside down in a glass-walled water tank. Other acts featured Houdini being hung from a skyscraper in a straitjacket, or bound and buried—without a coffin—under six feet of dirt.

In his later years, Houdini campaigned against mediums, mind readers, fakirs, and others who claimed supernatural talents but depended on tricks. At the same time, he was deeply interested in spiritualism and made a pact with his wife and friends that the first to die was to try and communicate with the world of reality from the spirit world. Several of these friends died, but Houdini never received a sign from them. Then, on Halloween 1926, Houdini himself passed on at the age of 52. His wife waited for a communiqué from the spirit world but it never came; she declared the experiment a failure shortly before her death in 1943. 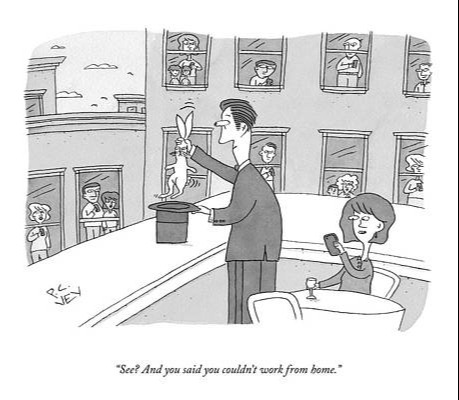 MARKET MINUTE
A "Spook-Tacular" Week
Some mega-cap technology companies were under pressure last week on weak earnings and tepid fourth-quarter guidance. They reported multiple headwinds, including declining advertising revenues, loose expense control, and a slowdown in cloud growth. Meanwhile, positive earnings surprises from “old economy” companies powered markets higher. This market bifurcation was evident in the divergence in the performance of the Dow Industrials and the Nasdaq. The S&P 500 posted a substantial gain despite its disproportionate weighting of mega-cap stocks, which helped illustrate the power of the rally. Momentum accelerated into Friday, aided by an easing in inflation and a solid third-quarter Gross Domestic Product (GDP) report.

Economic Growth Exceeds Expectations
After two straight quarters of negative economic growth, the initial estimate of the third quarter’s GDP came in at a solid 2.6%, exceeding economists’ 2.3% estimate. The surprising economic performance was largely attributable to an increase in exports, which narrowed the trade deficit, a development that may not repeat going forward. Particularly encouraging was the personal consumption expenditure price index, a report used by the Fed to track inflation. It increased by 4.2%, well below the 7.3% jump from a quarter ago.

The "Great Resignation" has led many Americans to leave their jobs for other opportunities, while others have chosen a different path: early retirement. We can all understand looking for a more suitable place of work, but some might ask, "Why now?"

The Great Retirement Boom
In 2008, the oldest baby boomers reached age 62. This coincided with the "Great Recession," which contributed to a slowed economy. Jump to 2021 when the economy had distanced itself from those events and just over half of adults aged 55 or older had exited the workforce and retired. For adult Americans aged 65 to 74, the percentage who had left the workforce was 66.9 percent. In short, many people decided to hold off on retiring and wait a few years, meaning it's not an early retirement so much as a delayed one.

COVID Catchup
Another reason is that the pandemic created a period of flux in which people decided it was natural to work less, transition to new things, or retire altogether. The pandemic has undoubtedly gone on much longer than any could have imagined. It is understandable that someone reaching the end of a long and rewarding career may choose to exit their job during COVID-19 and parachute into a less stressful, more enjoyable career.

Please reach out if you are thinking about making a change to your time horizon or retirement goals. We would love to discuss where you stand and the drawbacks and advantages of retiring in the current environment.