On November 8, 1895, physicist Wilhelm Conrad Röntgen (1845-1923) becomes the first person to observe X-rays, a significant scientific advancement that would ultimately benefit a variety of fields, most of all medicine, by making the invisible visible.

Röntgen's discovery occurred accidentally in his Wurzburg, Germany, lab, where he was testing whether cathode rays could pass through glass when he noticed a glow coming from a nearby chemically coated screen. He dubbed the rays that caused this glow X-rays because of their unknown nature.

X-rays are electromagnetic energy waves that act similarly to light rays but at wavelengths approximately 1,000 times shorter than those of light. Röntgen holed up in his lab and conducted a series of experiments to better understand his discovery. He learned that X-rays penetrate human flesh but not higher-density substances such as bone or lead and that they can be photographed.

Röntgen's discovery was labeled a medical miracle and X-rays soon became an important diagnostic tool in medicine, allowing doctors to see inside the human body for the first time without surgery. In 1897, X-rays were first used on a military battlefield, during the Balkan War, to find bullets and broken bones inside patients.

Wilhelm Röntgen received numerous accolades for his work, including the first Nobel Prize in physics in 1901, yet he remained modest and never tried to patent his discovery. Today, X-ray technology is widely used in medicine, material analysis, and devices such as airport security scanners. 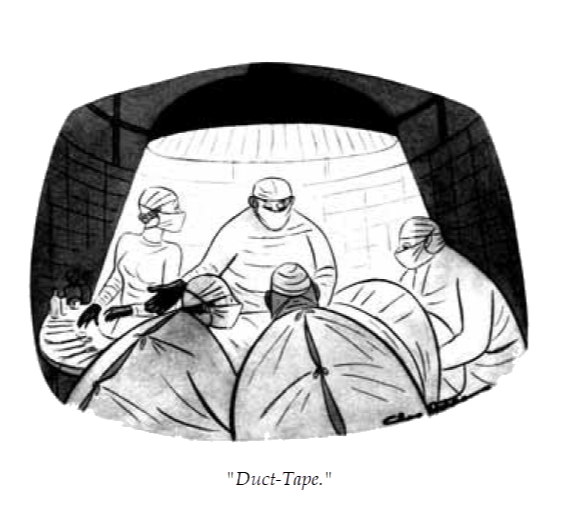 Powell Disappoints
The official statement released following the Federal Open Market Committee (FOMC) meeting appeared to suggest a potential for future easing of interest rates. Investors cheered the news, sending stocks higher. But the optimism was crushed 30 minutes later on hawkish comments by Fed Chair Powell during his post-meeting press conference. Losses accelerated into Thursday, led by technology names, which were under pressure due to rising bond yields. The yield on the two-year Treasury note rose to its highest level since 2007. The sentiment took damage from workforce reduction/freeze news from multiple technology companies; some considered it a sign of a pending recession. Stocks managed to erase some of the week’s losses on Friday following a strong employment report and a drop in the U.S. dollar.

From Dove To Hawk In 30 Minutes
In the statement accompanying the 75 basis point rate increase, the FOMC said that future increases would consider the cumulative monetary tightening to date and the lag in impact such tightening involves. But in his post-meeting press conference, Fed Chair Powell struck a more hawkish tone. He said that current inflation data did not support any slowdown in rate increases and that the terminal rate (the point at which rates will no longer rise) may be higher than initially expected.

Estate planning can be one of the most misunderstood aspects of financial planning, however, it is a vital part to ensure your assets and family are protected. Unfortunately, common myths convince many that they don’t need to create or update an estate plan. Here are some estate planning myths and the reasons why having a documented plan is important for everyone.

Myth: Only the wealthy need plans. Without a will, state succession laws and the probate process decide who serves as the estate representative and where assets go. The probate process is public and can take anywhere from a few months to multiple years.

Myth: You already have a will, so you do not need an estate plan. Estate plans are not meant to be “one-and-done” documents. They should be reviewed regularly and updated following any major life event such as a birth, death, marriage, divorce, or move to another state. Beneficiary designations trump wills and should be revisited regularly. A complete plan should include a current list of all digital accounts with usernames, passwords, and security questions.

Myth: A will is enough. A thorough estate plan includes components designed to protect your income if you become disabled during your working years and protect your assets if you require costly long-term care. It should also provide direction in the event you become unable to make decisions regarding your health and finances. Minimum documents include a Health Care Proxy, which designates an individual to make decisions regarding medical treatments, an Advanced Care Directive that provides treatment instructions regarding prolonging life, and a Power of Attorney which names the person you wish to make financial decisions.

Proper estate planning considers tax liabilities. While the federal estate tax exemption in 2022 is $12.06 million, thanks to the Tax Cuts and Jobs Act, the exemption is set to expire at the end of 2025. Despite the generous federal exemption, around a dozen states levy their own estate taxes with a lower exemption than Federal, and six states collect an inheritance tax. The highest top rate among state estate taxes is 20%; the highest top rate among state inheritance taxes is 18%.

Estate planning can be complex. No matter the age, with so much at stake, it is crucial to have things set up appropriately to protect against the loss of money or time stuck in probate.

We are happy to work with you, your attorney, and your tax professional to secure and make the most of your legacy, please reach out if we can help.