Stock prices fell last week in response to the Fed’s plan to combat inflation, which staked out a more aggressive stance than investors had anticipated.
The Dow Jones Industrial Average slipped 0.28%, while the S&P 500 fell 1.27%. The Nasdaq Composite index dropped 3.86% for the week. The MSCI EAFE index, which tracks developed overseas stock markets, slid 2.05%.

FACT OF THE WEEK
Here are a few fun facts about the sport of golf:
• Prior to the 1957 Masters, Doug Ford not only predicted his victory, but his winning score of 283 as well. Sure enough, Ford’s projections came true, as he was fitted for his only green jacket.
• Is there anything that matches the feeling one has when they make a hole-in-one? How about two in one round? Oakland University’s Kassandra Komma did just that, recording two ones on her scorecard in nine holes. But, the odds are incredibly low, at one in 64 million.
• Every year, roughly 125,000 balls are hit into the water surrounding TPC Sawgrass’ world-renowned island green 17th hole. During the 2013 Players Championship, 44 balls were lost. But two errant shots received more media coverage than any other. Attempting to capture his second Players Championship, Sergio Garcia carded an untimely quadruple bogey seven at the 17th on Sunday, losing two balls – and the tournament – in the process.
• The very first nationally televised golf tournament, the 1953 World Championship of Golf, featured an incredible finish from Lew Worsham. Needing a birdie for a playoff with Chandler Harper, Worsham holed out for eagle from 104 yards on the 72nd hole to defeat Harper by one shot.
• Starting in 1457, golf was banned throughout Scotland by the nation’s Parliament, which believed it interfered with residents’ military training. This ban was repeated twice more, in 1471 and 1491. Nearly 300 years later, The Royal and Ancient Golf Club of St. Andrews was founded.
• While playing in Atlantic City, N.J., in 1889, Ab Smith hit a shot he defined as a “bird of a shot.” His description ultimately led to one of the game’s most popular terms, which golfers regularly aim for – “birdie.”
• Long before the advent of tees, golfers played off of hand-built sand piles. That all changed, of course, when tees were invented, gaining popularity during the 1920s.
• If you choose to walk, rather than ride 18 holes, you will not only walk roughly four miles, but also burn 2,000 calories. To compare, golfers that ride carts burn about 1,300 calories. 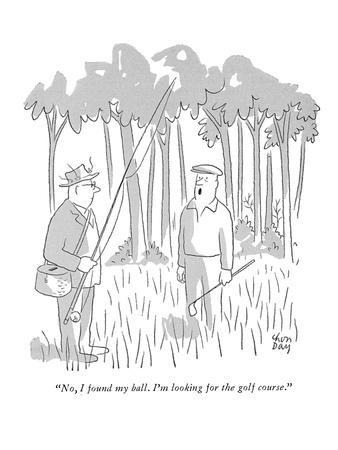 After a positive start to the week, stock prices turned lower on a more hawkish tone from Fed officials. On Tuesday, investors were surprised by comments from Fed governor Lael Brainard, one of the Fed’s more dovish members, who suggested the Fed could take a more aggressive approach with interest rates.

The unease extended into Wednesday when minutes of the last Federal Open Market Committee (FOMC) meeting were released, signaling a potentially faster pace in both interest rate hikes and the wind-down of the Fed’s balance sheet. Yields climbed steadily throughout the week as the bond market digested this new information. Particularly hard hit were high valuation stocks, as reflected in the 4% drop in the Nasdaq.

After raising the federal funds rate by 0.25% last month, the minutes from the March FOMC meeting made it clear the Fed is serious about fighting inflation with higher interest rates.

Fed officials indicated they might have hiked rates by a half percentage point in March had it not been for the uncertainty created by the invasion of Ukraine. Multiple Fed officials suggested that future rate hikes may reach 0.5%. Fed officials also discussed allowing up to a $95 billion monthly run off the Fed’s balance sheet, a faster pace than the market expected.

If this is a goal you’re working toward, the first step in becoming financially independent is deciding what it means for you…and when. This picture shapes every other decision you make along the way in your financial journey. After you determine what that picture looks like, there are a few major habits and concepts that support your path.

Your most valuable asset is TIME. It’s a common misconception that more money or a higher paycheck equals a faster route to financial independence. And, in a way it does. But what matters more is utilizing the right investments that can allow for the growth of your assets and then giving those investments time to grow. The sooner you start investing, the better.

If you want to be free of financial burden, you’ll need to be serious about saving. That means living below your means and taking opportunities to cut your expenses and free up money you can save. Now, this doesn’t mean complete minimalist living, but the leaner you live, the faster you reach independence.